Sometimes a cosy night in is much needed in comparison to a weekend spent with a bad hangover. Dimming the lights, ordering some of your favourite food, and watching some good movies is a brilliant form of self-care. When you go out with friends you often find yourself checking your bank account in horror and disbelief. If you decide to make the smart decision to have a break from all that then you’ve come to the right place because we are going to be counting down some movies perfect for a night in. There’s no better way to achieve the ultimate movie night than mounting your TV to the wall, this can upgrade your viewing experience drastically. If you enjoy watching movies, then this is a brilliant investment to make. Click here for TV wall mounting services.

If you have seen the first Ted movie and haven’t yet seen the sequel, then this is up there with the most perfect movies for a night in. As you probably already know, Ted was made by the creators of Family Guy. If you enjoy the type of humour on the show, then watching this movie is a must. The movie picks up after the ending of the first instalment. Ted and his wife apply to adopt a child, but this raises a lot of red flags with the law due to Ted being considered property and not a real person. Slowly things begin to get worse and worse, and Ted begins to lose his job, house and much more. He and his best friend John hire a lawyer to attempt to prove to the world that he is a person and not just a bear. The antagonist of the first movie, Donny, becomes aware of this and sets up a plan to steal ted so that they can find out what makes him so special and mass produces talking teddy bears. Now, by describing the plot his movie may seem pretty serious, but we can guarantee you that it’s the complete opposite. This hilariously silly movie is filled with brilliant moments, you can watch it over and over and still get a laugh out of it. It’s worth mentioning that this movie has a lot of rude humour, so if this isn’t your thing or you are watching a movie with kids then this is probably one to avoid.

The hangover was released in 2009 and has been a fan favourite for a long time. It’s a movie about a group of friends, Alan, Stu, Phil, and Doug, who spend a night in Las Vegas before Doug’s wedding. Things seem to take a turn for the worst when they wake up in a trashed hotel room with no memory of what happened the night before. To make things even worse they can’t seem to find their friend Doug. In the hotel room they find a tiger in the bathroom, a random baby in the closet and Stu seems to be missing a tooth with no recollection of it. They retrace their steps and look for clues as to what happened on their crazy night in Las Vegas to find their friend before his wedding. This movie has some crazy moments and even features a cameo from Mike Tyson! There are another two sequels that you could watch afterwards if you like the movie, and we are willing to bet that you will! The trilogy was so good that fans have been begging for a fourth movie for what feels like forever!  All three are movies perfect for a night in.

Jim Carrey and Jeff Daniels are well known for a lot of movies, but Dumb and Dumber is up there with the most famous movies they have made. The story follows two not so bright best friends, Harry, and Lloyd, when Lloyd notices a woman dropping a briefcase in the airport, he goes on a mission to get the briefcase back to her. Unknown to Llyod, she meant to drop the briefcase as it was filled with Ransom money that was intended for the Mob. Harry and Lloyd go on a mission across the country to get the briefcase back to the women in a ridiculous way. This is probably the silliest movie you’re ever going to watch, it’s filled with humour that anyone can laugh at. Since it was made so long ago, if you haven’t watched the movie then you’ve no doubt heard of it. It’s very light-hearted and is one of those movies perfect for a night in.

Free download and stream movies and web-shows from Filmy4wap 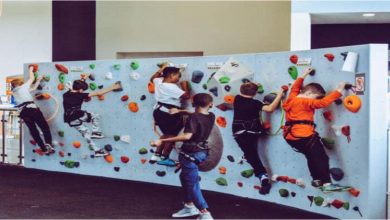 Top Indoor Activities For School Holidays Near Me 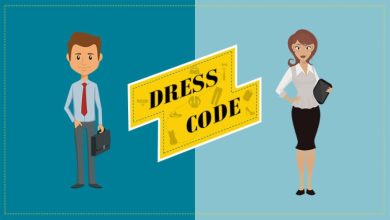